Here we sit, rocking in the wind in our 32' fifth wheel somewhere in the middle of Texas. It's our first venture south in anything other than a pop-up camper and let me tell you ... it's a learning curve. Heading south from cooling Canada, we spend the first two nights in warm, stable, food-filled hotels. Yesterday was the first night we slept in Clancy (in honor of Tom), but before settling in for the night we had to de-winterize the unit. 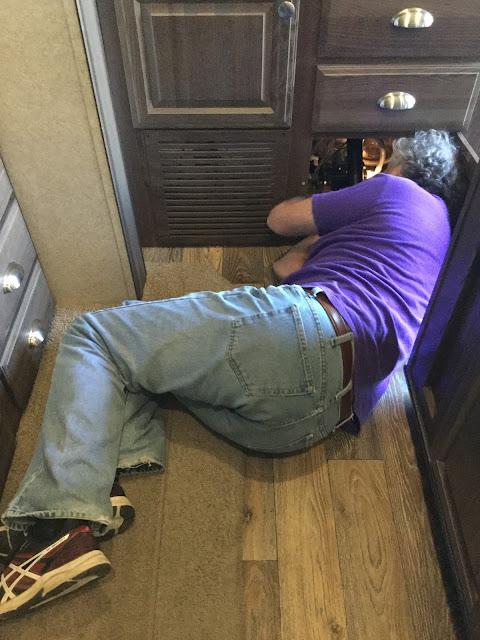 No problem. We had the laminated de-winterize sheet with step-by-step instructions. Sounded easy.
Everything was fine until step one: hook up city water and turned on a tap.

Tip 1: when camping, always keep towels handy.
For some reason the filter would fill with water and leak. Quickly. At least the floors got washed. Twice. Confusion set in with Reg. He scratched and squinted and paced. Me, I just got mad. Stupid lifestyle choice. What were we thinking!
At this point we decided to go for a walk and try to find some place to eat. It had been hours since lunch and didn't look like we'd get much cooked tonight. Somewhere around block six we decided to call my cousin's husband - our encyclopedia on all things RV. Reef he said. Reef on the filter and don't be afraid! So we abandoned our food expedition and headed back to Clancy, newly energized.
And, sure enough, Don was right (was there any doubt, really?). So ... back to de-winterizing we went, this time with no other issues.
Tip 2: Always have someone like Don on speed dial. 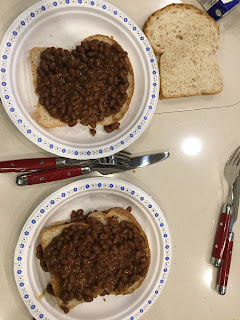 After all the excitement, I realized that we hadn't filled out our campsite paperwork. The RV park at the Kansas State Fairgrounds has no office, just a box on a post with paperwork to be completed, stuffed with cash and returned. Looking for the box to stuff my envelope into, there was only one I could see in the vicinity. It looked strikingly like a US Mail box, so I either paid for the night's camping, or mailed a non-addressed envelope with $30 cash to an unsuspecting mailman.
That done, we decided to stay put for the night and not resume our attempt at finding outside food. Mucking through the cupboards, I came up with beans and dry bread. Fit for a royal family! We followed that with made-with-love Christmas pudding and sauce sent along by Aunt Louise. It was a perfect end to a rather frustrating evening. 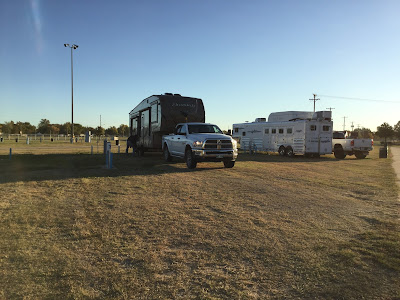 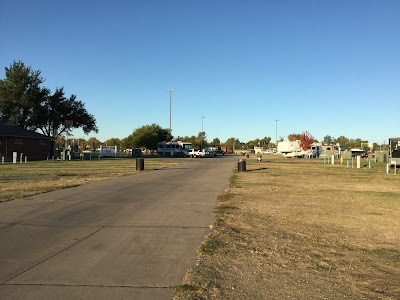 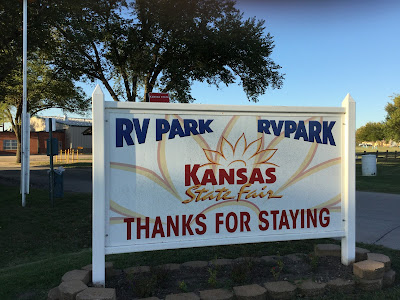 Morning went smoother and we were on the road early ... problem was, so was the wind. If I ever had any doubt about the truth behind the "We're not in Kansas anymore" statement, that's long gone. We were literally pushed for 350 miles from Kansas to Texas. So here we sit on night two of our six-month excursion. No wine. No beer. Rocking in the wind. Wondering what insurance will cover if we end up on top of the 90' beast next door. Here's to whatever tomorrow brings!! 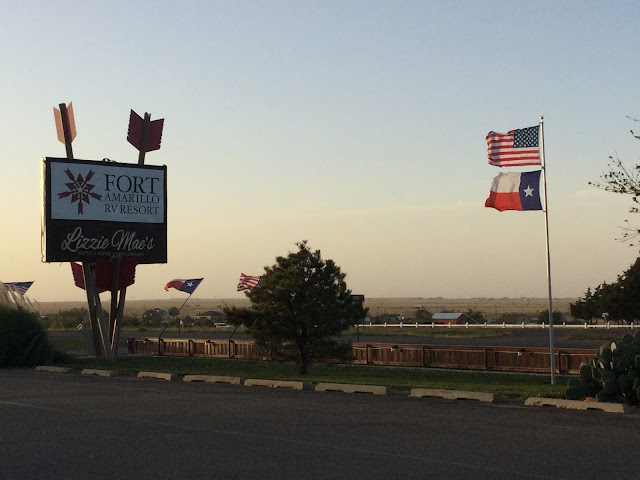 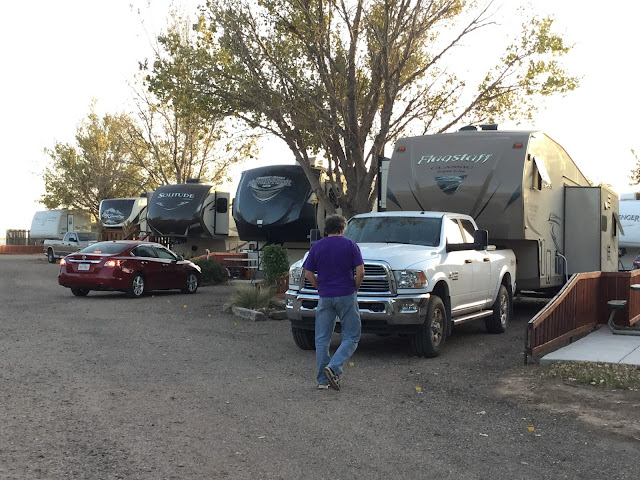