It’s hard to beat the experience that is Carlsbad Caverns in southern New Mexico. My camera and I were transfixed for more than 5 hours in that underground matrix …
Grand Canyon Caverns was an entirely different kettle of fish. Fish? Did I say fish?
According to Pam Powers ‘Recollection of the Grand Canyon Caverns’, this magical place began 345 million years ago during the Mississippian Period. The southwestern U.S. was covered by ocean and as small sea creatures died over the centuries, their shells and skeletons created a dense mud rich in lime. This hardened into the limestone bedrock that forms the base of the Caverns today. So yes … fishy! 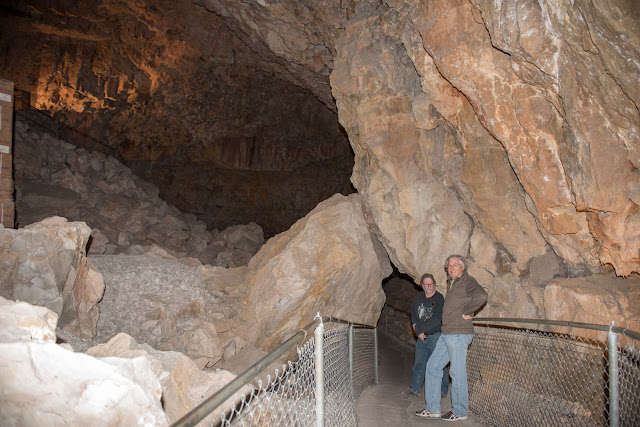 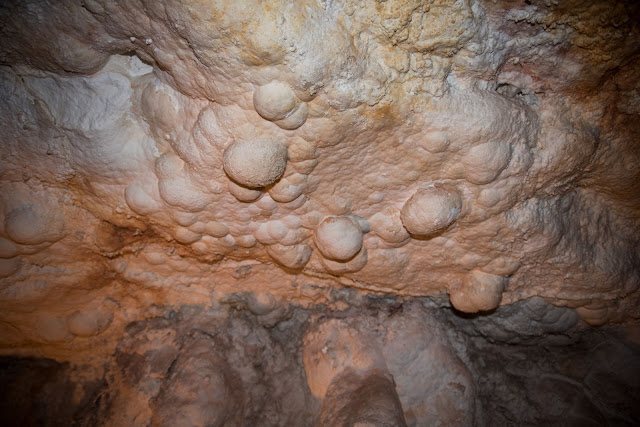 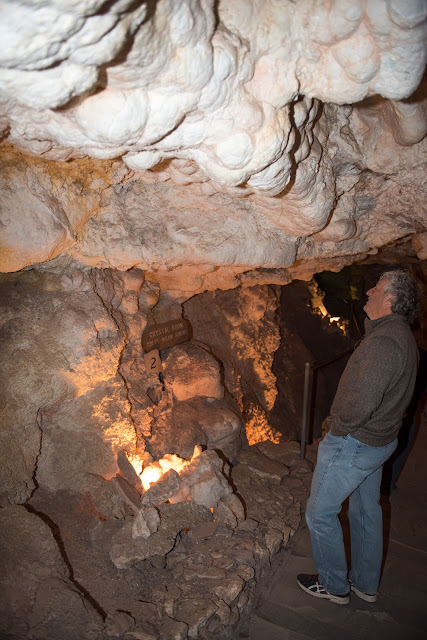 Then, 35 million years ago, rain carried a mild acid solution into the Caverns, seeping into cracks and crevices before draining into the Colorado River. Millions more years then passed, revealing how the evaporating water left white calcium deposits in strange shapes on the Cavern walls and floors.
The Caverns eventually dried out after the six million years they contained water. Because stalagmites or stalactites need water to form, this Cavern is void of them (unlike Carlsbad Caverns).
Actually, the Grand Canyon Caverns are the largest dry caverns in the U.S., and only 3% of all caverns in the world are dry.
Native Americans discovered the Caverns long before 1927 when a wood cutter from the Santa Fe Railway, Walter Peck, was credited with the find. He apparently fell into a hole one rainy night and the rest is history. 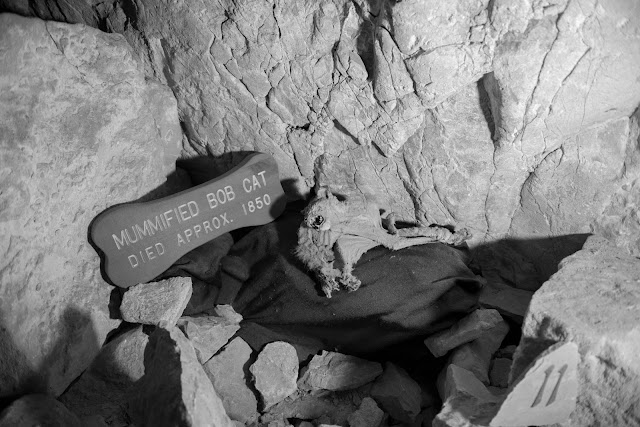 The hopes of striking it rich in mining didn’t pan out, but Walter did start the first tours of this magnificent place. Tourists (often laughed at for the ridiculousness of the situation) were eager to shell out 25 cents for their turn on the ‘Dope-on-a-Rope’. For this steep fee, they were lowered by rope 150 feet down with a kerosene lantern and a few stick matches. The good news was, once down there, he could look around at his leisure.
Obviously over the decades many improvements have happened at the site. One interesting one involved something as boring as the highway. The Caverns were located on the extremely popular Route 66. Because of the growing, freewheeling crowds, often filling parking lots and backing out onto Route 66, Arizona felt the need to turn the road in front of the Caverns into four lanes. The only spot in Arizona along Route 66 that this happened.
But alas, in 1978, the I-40 became a bypass to Route 66 and marked the beginning of the end to the Caverns. From Pam Powers book: Angel Delagadillo, a lifelong resident and business owner in the nearby town of Seligman said: “Statistics tell us that there were roughly 9,000 automobiles using this road some 24 hour periods. 9,000. The town died for ten long years…When we were bypassed that day, at about 2:00 in the afternoon, the world stopped for us.”
Then in 1987, the state of Arizona made Route 66 historic. With the help of over 400 road signs along Route 66 and I-40, the open road once again began calling to the people.
Today there are many ways to explore the Caverns: the new Wild Tour into newly discovered caves (even more caves have been discovered at about 1500 feet down but there is yet to be a safe way to bring people down); the short guided walking tour; regular 45-minute guided walking tour and the Explorer Tour for the more adventurous and goes off the beaten path. There is also a Ghost Walk tour! 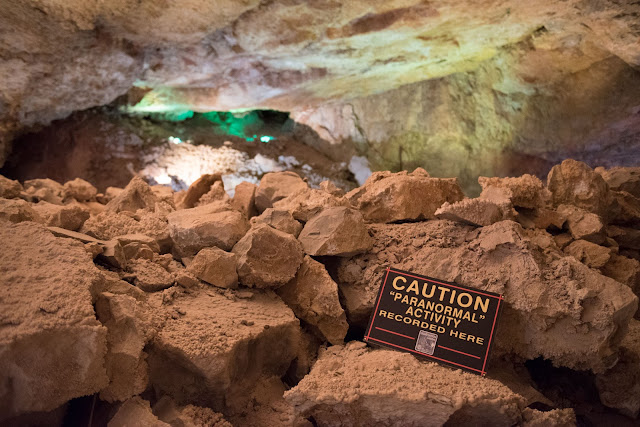 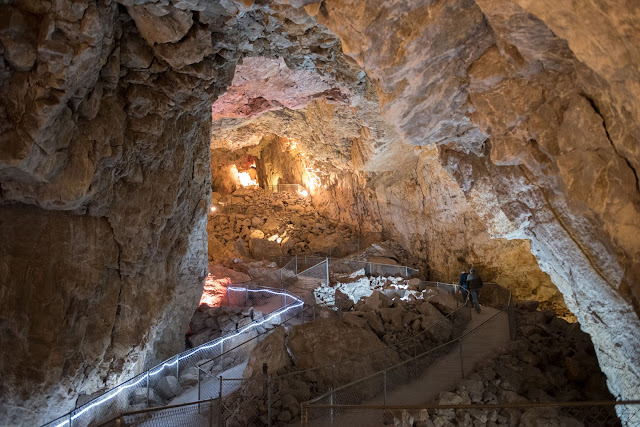 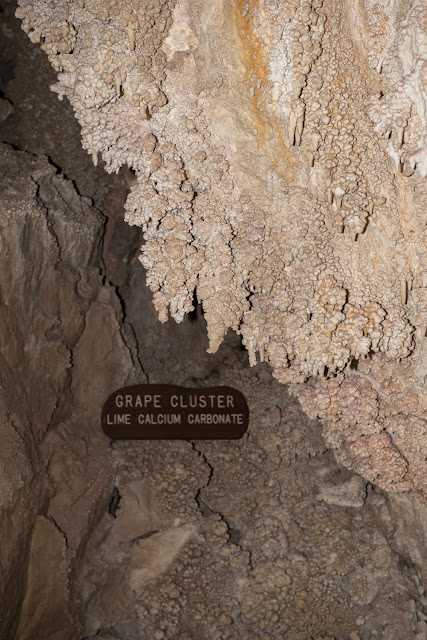 And don’t be afraid when you stumble into Gertie. The 2,000 pound, 15-foot tall ground sloth died near a crevice that allows fresh air in. Long claw marks on the wall nearby show her desperation to find a way out, but alas it never happened. The skeleton was shipped to the University of Arizona is Tucson, but she left behind one claw, found embedded in the rock and now on display on site. 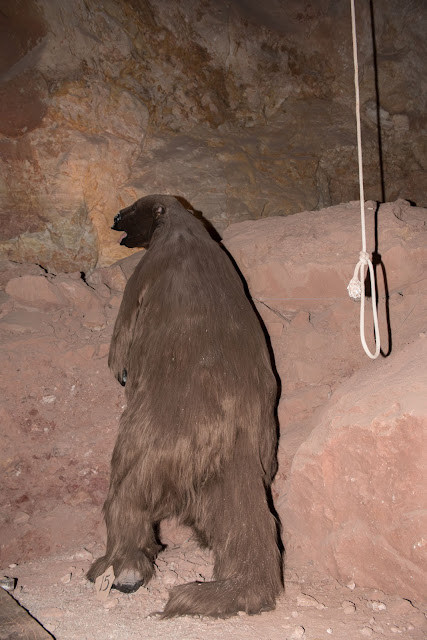 Also interesting is the fact that, in 1963, during the Cuban Missile Crisis, the government stored enough food and water in the Caverns to support 2,000 people for two weeks. Large barrels contained crackers, water and first aid supplies. Apparently, after all these years, because of the dry conditions 200 feet below ground, the food is still edible! The water is stale, but still potable. 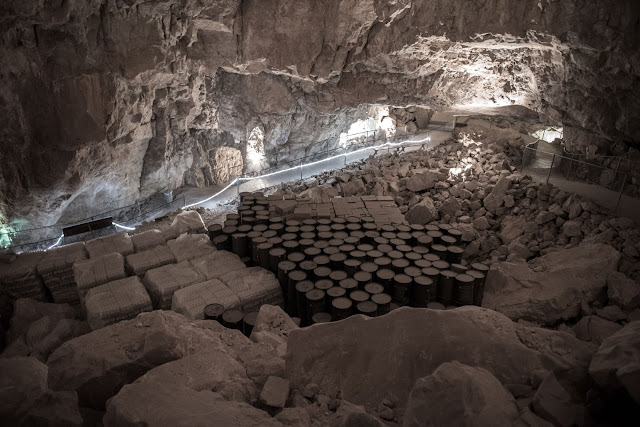 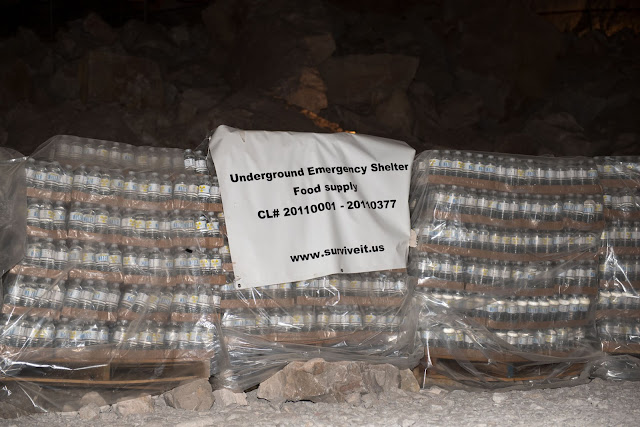 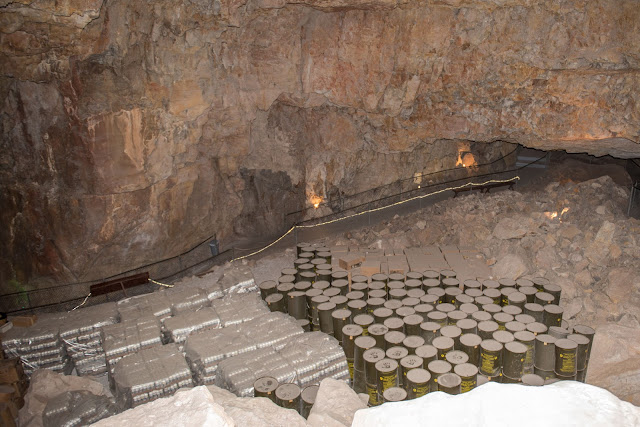 If you aren’t afraid of the deafening quiet and complete darkness and can cough up around $900, you can actually spend the night 220 feet below ground in the 65-million-year old 200x400’ room with a 70-foot ceiling! 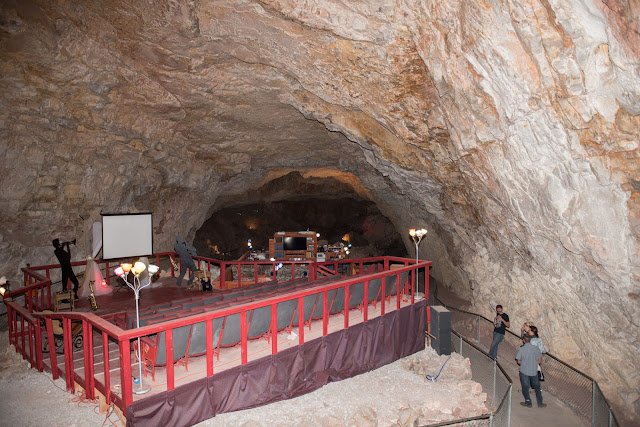 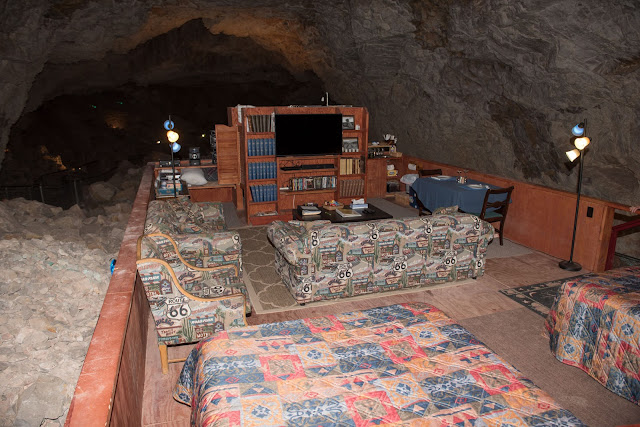 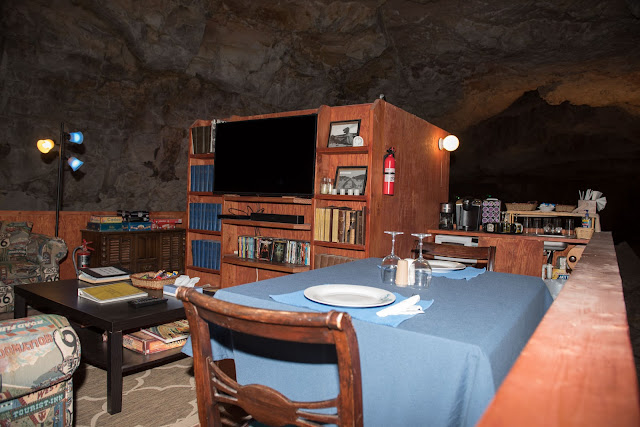 Or you can eat 21 stories below the earth’s surface at the Caverns Grotto. Once you place your order, your attendant calls it upstairs where it is prepared and rushed the 200’ underground for your dining pleasure. A unique experience to say the least. 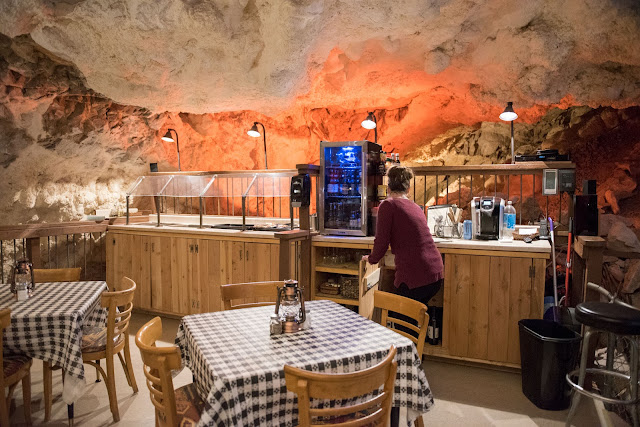 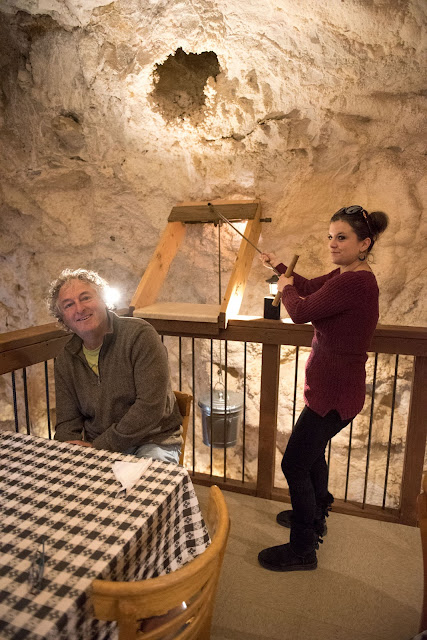 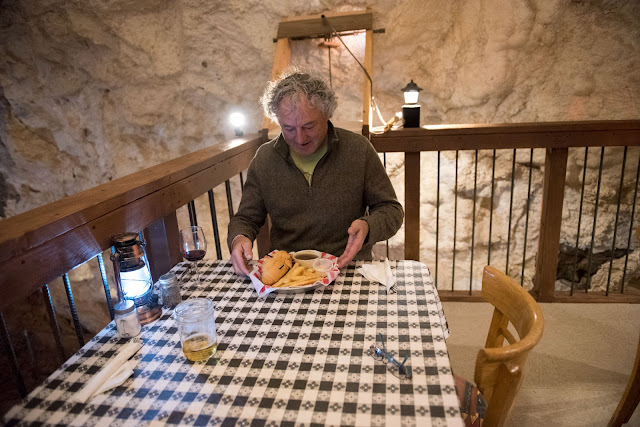