The Beaches of San Diego

I live in Manitoba. Best part? Space. In every direction. My hometown has one four-way stop; no traffic light. And everybody really does know your name. But, after living on Vancouver Island for over three decades, I do miss the ocean.
So, we booked ourselves into an RV park on Mission Bay, San Diego for a month. Head north or south, only minutes from our campsite are miles of sandy beaches and in January some of them can be like ghost towns.
For those who think 'a beach is a beach' ... nope. They have their own unique personalities and I can't pick a favorite.
Coronado is up there because of it's view back toward Cabrillo National Monument and, of course, the world famous Hotel del Coronado.


Totally different, yet equally unique is the one-two-three punch of beaches along the stunning La Jolla shore. Windansea Beach is popular with surfers, and the sandstone rock formations make for a cozy spot to sit and watch from.

Walking distance from Shell Beach is the Children's Pool. No more children actually swim here, but it's a perfect viewing platform for the beach's laziest inhabitants. Harbour seals. The beach is closed yearly from December 15 through May 15 because of pupping season. 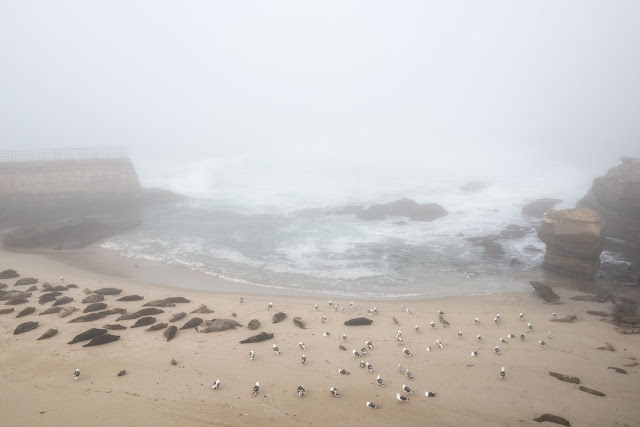 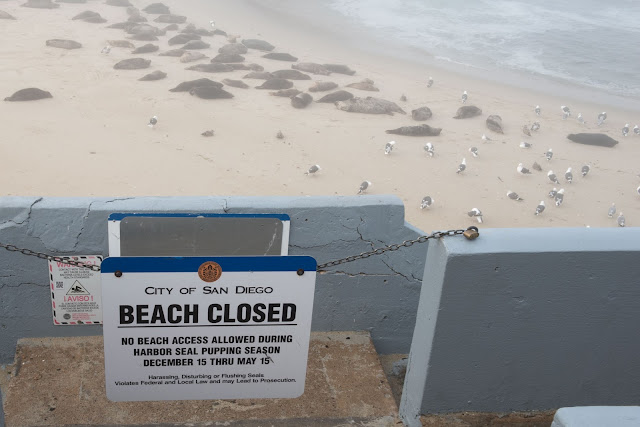 The edge of Point Loma can boast Sunset Cliffs Natural Park. We caught the end of a wedding here, which obviously is a frequent occurrence...as is the gathering crowd awaiting sunset. As beautiful as the area is, it is also deadly with signs warning of unstable cliffs.

And the final beach we made it to during our month-long amazing stay was Scripps. The Ellen Browning Scripps Memorial Pier makes this a must-see, at least for me. My goal in life when I was much younger was to become a marine biologist, eventually working at Scripps Institute in San Diego. I had big goals. In the end I settled for taking up scuba diving around Vancouver Island and working on a tv series called 'Safari: Ocean Adventures'. Close, but no cigar.

We leave here next week and I will miss San Diego. Not a fan of cities anymore, this one, for some unknown reason, has always made me feel at home.