Sorry kids, the adults had a hoot too!

I've had a love-hate relationship with zoos forever. Caged animals. A concept that bothers the heck out of me. But if it wasn't for SeaWorld, I never would have been inspired to take up scuba diving so I could get closer to the unbelievable flora and fauna below. If it weren't for the Winnipeg zoo, I probably would never have fallen head over heals with zebras or simians. If you aren't exposed to new experiences, how do you know to care? How many kids would get to feed a giraffe, if not in a zoo? How many teens would learn about the dangers of net fishing for dolphins? How many have been inspired over the years to work at a place like Scripps Institute of Oceanography? Or get involved with the amazing wildlife conservancy programs at the San Diego Zoo? But I digress.
For many years we'd drive past a little petting zoo on Arizona's I-10 called Rooster Cogburn Ostrich Ranch. Thinking it was a place we'd take the grandkids - but we don't have grandkids - we always flew past it en route to somewhere more exciting.
Last week, we stopped. 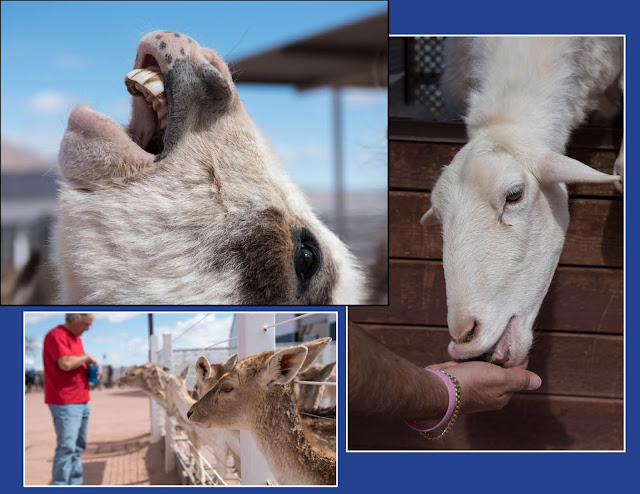 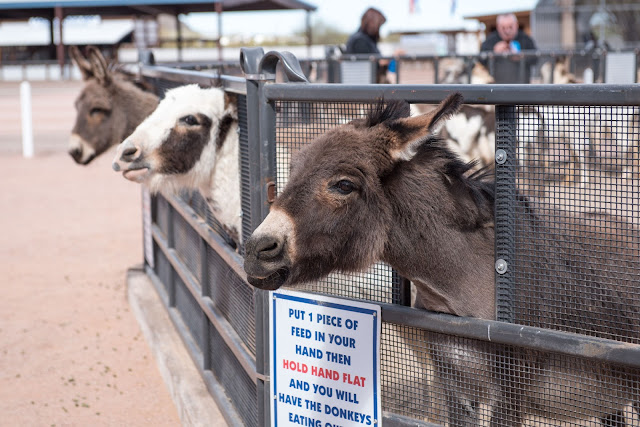 Opened in 1999, the then ostrich-filled farm has since expanded to include miniature Sicilian donkeys, Nigerian Dwarf goats, Fallow Deer from Europe, sheep from St. Croix, ducks from China, Boer goats from Africa, Cownose stingrays from Florida and the gorgeous Australian rainbow lorikeets.
Feeding these incredible creatures had both my husband and I giggling like giddy teens.
I was nipped by a donkey when I had my back turned to take a photo. Lesson learned!
Ok, not really. Same thing happened when I had my back turned to the Fallow deer!  Now do you understand why we never had children?

But after that, things went swimmingly. Eyes front!
Seeing my husband's broad-rimmed smile as he loaded up the food container and sent it skyward to feed the Boer goats in their luxurious high-rise 'penthouse' was worth the admission alone. Related to Big Horn Sheep, goats apparently seek out the highest possible point. I imagine the early morning routine at Rooster Cogburn starting with a jostling for position amongst the Boer's - those who push their way to the front are rewarded with a day spent high above the crowd of sticky-kid fingers and selfie sticks. 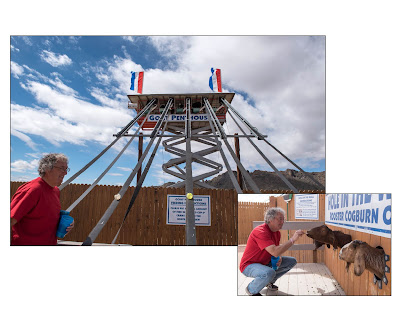 Next door to their penthouse, the remaining goats do a hilarious impression of the 'Hole in the Wall Gang'. With the most goofy expressions, tongues and often front legs outstretched, their begging for food doesn't go long without reward. 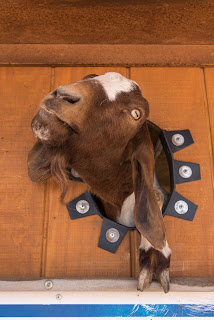 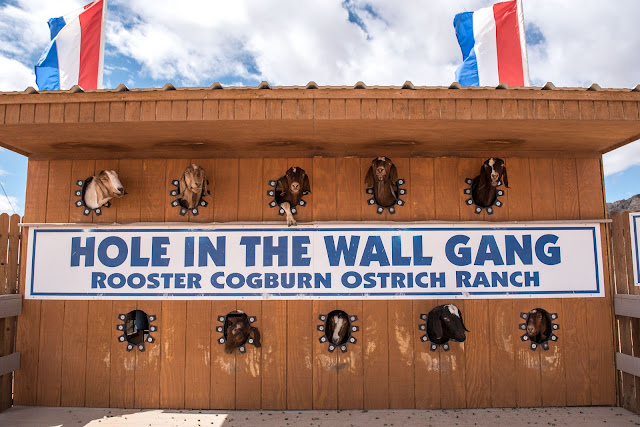 The feeding that freaked me out the most was the ostrich. Perhaps it was because I'm short and they just aren't. The world's largest flightless bird can grow to heights upwards of 9 feet. They have oddly-shaped rounded beaks, no teeth and 14 meters of intestine! And they are fast. Their two-clawed feet are used for defense but also help them run up to 65-kilometers per hour. A few times I thought their beaks were dive bombing for food at the same speed. Without teeth they can't bite, but their hard beaks could freak a person out as they grabbed for food. 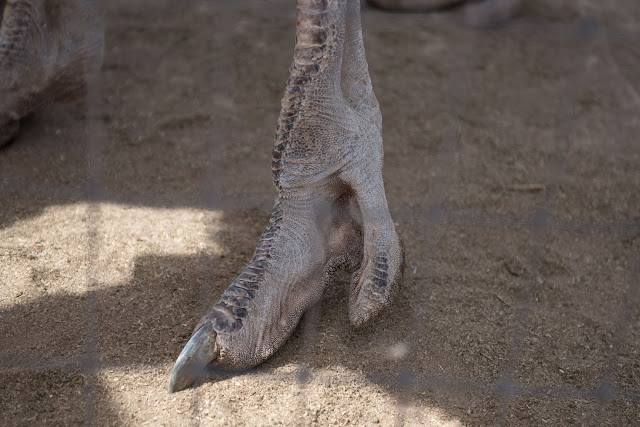 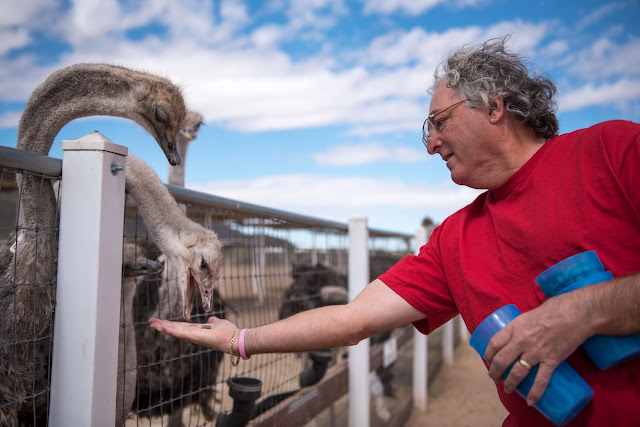 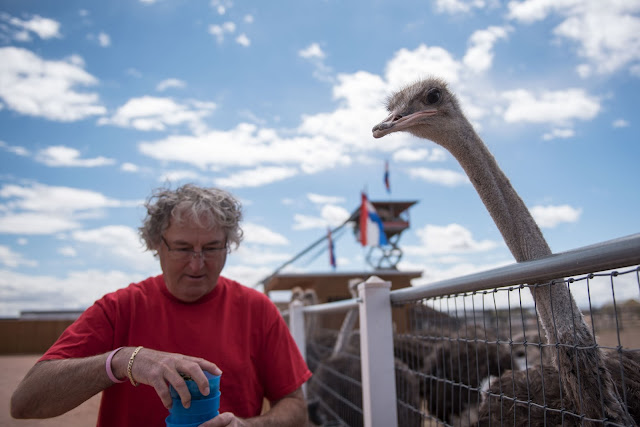 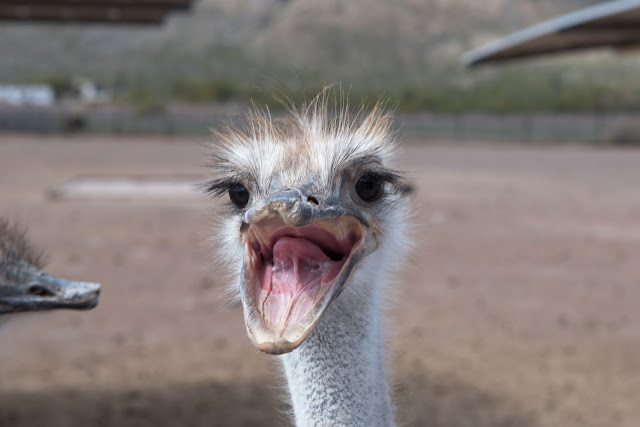 One of the highlights of the day were the Rainbow lorikeets. Stunningly beautiful with mauve, red and green colouring, these parrots had attitude! We were given covered plastic cups and told not to remove the lids. Holding the cup securely in hand, the birds would perch themselves, hang on tight then proceed to remove the thing separating them from the nectar inside. It wasn't a long process! At one point my husband had six birds vying for his attention. 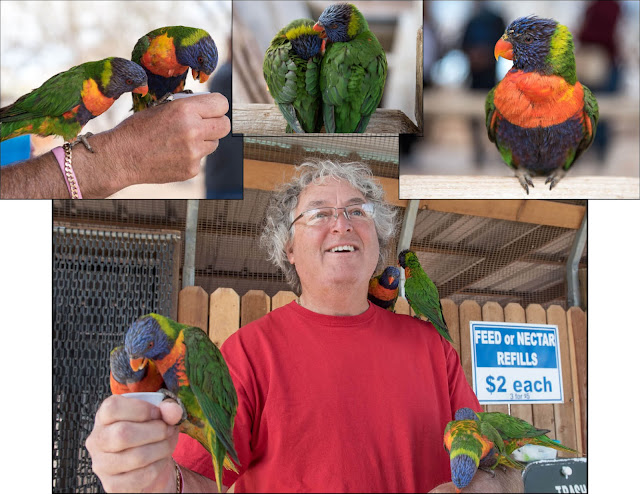 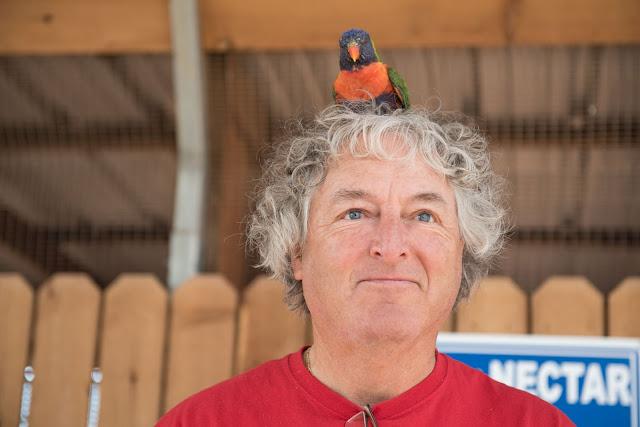 The other highlight for me was the stingrays. Living on the prairies now, I miss scuba diving. The undersea world is simply incredible and these intelligent, misunderstood creatures are no exception. The Phoenix Zoo is doing some great work with the Cownose stingray, attempting to help educate and stop the killing contests taking place in the state of Maryland. 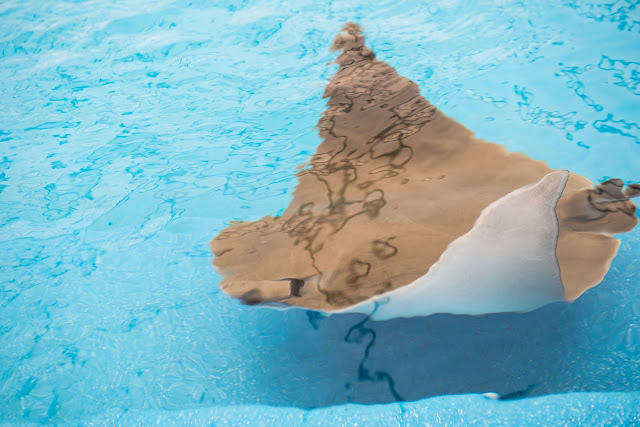 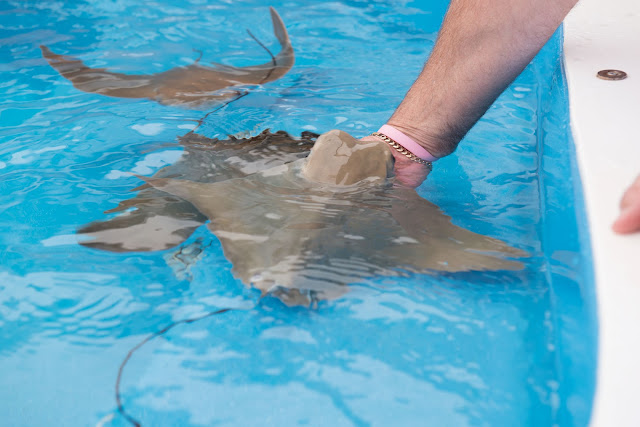 It was an incredible day. Kids or no kids, it's definitely worth an hour or two out of your day. Oh, and I came away with an ostrich egg from the gift shop (ok, I'm admittedly addicted to gift shops). Next Easter I will reignite my forgotten Ukrainian heritage skills and attempt to turn the off-white sphere into a psychedelic pysanka like no other. Wish me luck! 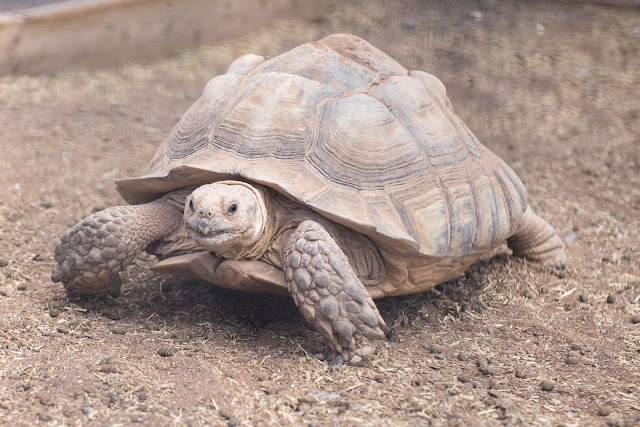